Kenmore East band director Phil Aguglia is one of 25 music teachers in the U.S. to be named a semifinalist for the 2023 Music Educator Award. The award, presented by the Recording Academy and GRAMMY Museum, recognizes current educators who are committed to making a significant contribution to the music education field.

The field of semifinalists, from more than 1,200 initial nominations, come from 25 cities across 18 states. Aguglia is just one of three from the state of New York and the only one from Western New York to be honored.

Aguglia began teaching at Kenmore East High School in 2002. He is part of a district-wide music department that’s been designated as a Best Community for Music Education by the National Association of Music Merchants Foundation for 12 straight years. Throughout his career, Aguglia has been involved in dozens of collaborations, has received 30 nominations or awards for excellence in teaching (including a nomination for People Magazine’s Teacher of the Year in 2012), and has hosted more than 100 guest artists.

In his spare time, Aguglia is the owner of PaGu Batons which are considered to be the preferred batons of many of the world’s most prestigious conductors. His batons were used in the 2020 Oscars.

Throughout the year, Mr. Aguglia facilitates countless opportunities for his students to perform and enrich Kenmore East and the larger Ken-Ton community through their music. He has organized multiple band trips to New Orleans, their first of which received nationwide attention as they assisted with Hurricane Katrina relief efforts. During the COVID-19 pandemic, he planned many creative ways to continue his students' progress including virtual collaborations and weekly concerts outside his home.

Additionally, Mr. Aguglia regularly facilitates visits and guest artist programs with prominent musicians and composers from across the country. He has also initiated many different collaborations with other high schools in WNY to promote music education and introduce students to new learning opportunities.

Steps to Success in your first years of teaching instrumental music

Video instructions on how to use our class fit kits 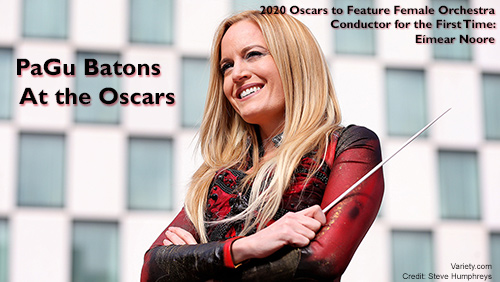 PaGu Batons At the 2020 Oscars 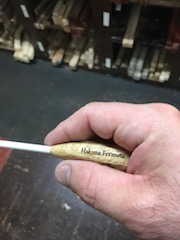 Posted by Jon Linker on 7/22/2018 to
Band Director Spotlight Series: Meet fellow band directors while they share their experiences, advice and tips for teaching band. This week, we are happy to introduce you to Phil Aguglia, Band Director at Kenmore East High School in Tonawanda, New York.
Read More
(0) Comments

What is a "Flat-Spot" Baton?

Posted by Phil Aguglia on 7/22/2018 to
In a nutshell, the flat-spot on our batons was created so that conductors who prefer their thumb rest on the handle have a place to put it.
Read More
(0) Comments 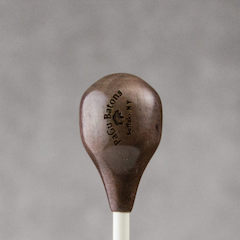 PaGu Round and Tension Free Handles 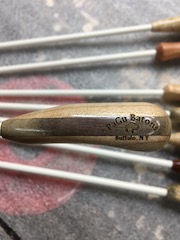 Posted by Phil Aguglia on 1/4/2018 to
A brief comparison between choral and instrumental preferences in batons
Read More
(0) Comments
More results: 1 2 Next Page
TOP